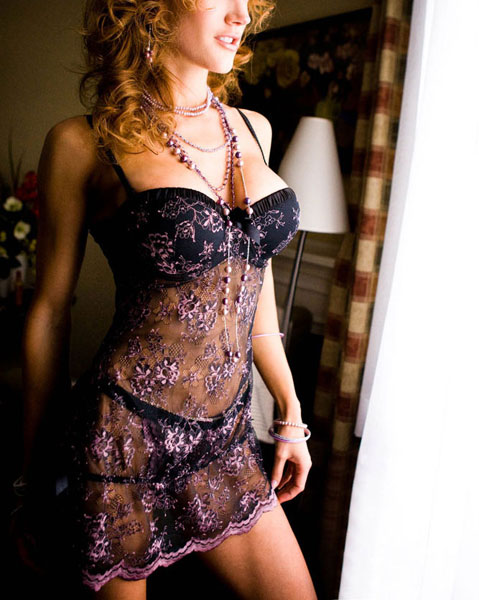 Home to Canada’s Prime Minister, Governor General, foreign diplomats and other dignitaries, Ottawa is a proud beacon beaming brightly onto the world stage. Since the Town of Bytown became the City of Ottawa more than 150 years ago, it has illuminated history, culture, people, arts and nature for citizens and visitors alike. And as the nation’s capital and part of Canada’s National Capital Region, its wattage continues to intensify.

Nothing describes this better than the annual Parliament Hill Sound and Light Show. This summer show uses fantastic lighting effects and gigantic images to share the songs, poems, stories and visions that highlight many of Canada’s cultural and technological achievements.

Straddling Ontario and Quebec, the Capital Region sits on 2,930 square miles (4,715 sq km) of varied terrain: rivers, valleys, mountains, wetlands and fields. Adorable towns and villages such as Chelsea and Wakefield are a tranquil contrast to the booming cities of Ottawa, Ontario and Gatineau, Quebec.

More than a million people live in the area, about half of whom are fluent in both English and French. It also includes thriving German, Lebanese, Italian, Polish, Dutch, Portuguese and Asian communities, among others.

Throughout the year, visitors can participate in lively multicultural heritage festivities. They can also enjoy Aboriginal experiences on Victoria Island in the Ottawa River. And they may even rub shoulders with Ottawa’s famous sons and daughters such as Paul Anka, Alanis Morissette, Dan Aykroyd and Rich Little.

The Region’s legendary history and culture enthrall visitors year after year. Parliament Hill, seat of the Canadian federal overnment, is replete with colourful Mounties, a musical carillon and fabulous gardens. June 20, 2009 marks the 50th anniversary of Parliament Hill’s Changing of the Guard ceremony, modelled on that of Buckingham Palace. Visitors can enjoy tours of the Royal Canadian Mounted Police (RCMP) stables, the Supreme Court and Parliament Buildings. And those who want a supernatural sense of history can explore Ottawa’s past on a ghostly haunted walk.

The city’s Gothic architecture echoes that of London, Johannesburg and Budapest, while modem structures such as the National Gallery.

While its sophisticated self is well developed, Ottawa takes great care to preserve and enhance its natural splendours. One of the most famous downtown attractions is the Rideau Canal, the Guinness World Record holder as the world’s largest naturally frozen ice rink and now part of Ontario’s first UNESCO World Heritage Site. In spring, the annual Tulip Festival lights up a nine­mile (15 km) Tulip Route with some three million stunning blooms originating in Holland. A year-round inner-city attraction is the 120-year-old Central Experin1ental Farm, a 1,200-acre (500 ha) federal government agricultural research facility.

The Capital Region has one of the world’s only successful green belts, a 77-square mile (200 sq km) belt of protected wild and rural land in the southern part of Ottawa. This includes an all-seasons trail and a board­walk to Mer Bleue, a protected wetland only a few kilometres from Parliament Hill. Fifteen minutes by car from Parliament Hill, more than 103 miles (165 km) of trail in Gatineau Park offer some of the world’s most beautiful and challenging cross-country skiing, hiking and cycling.

For those who enjoy scenic drives, some of Canada, Canadian Museum of Civilization and the Canadian War Museum set a futuristic tone. ot to be missed are magnificent government buildings such as those in Embassy Row and on Sussex Drive, where the Prime Minister resides. For a closer look at Rideau Hall, anyone can attend the Governor General’s annual garden party just before Canada Day.

Ottawa’s status as the nation’s capital, complemented by its rank as one of North America’s most important hi-tech industry centtes, has contributed to the city’s growth and cosmopolitan atmosphere. A huge variety of accommodations in famous historical buildings such as the Fairmont Chateau Laurier, impressive B&Bs, charming inns or ultra-modern hotels provide excellent variety for setting up visitors’ home bases.

The Region’s multiculturalism is reflected in world-class restaurants, markets and food vendors. Somerset Heights, Little Italy and the famous ByWard Market are only a few of the many neighborhoods offering local produce, imported food and international cuisine. Visitors wanting to hone their cooking skills can take short courses at Le Cordon Bleu Ottawa Culinary Arts Institute, one of North America’s 10 best cooking schools. But everyone should taste Beaver Tails, a unique pastry delicacy born in Ottawa.

World-class shopping and museum­hopping are givens in any capital city, but Ottawa’s offerings have a distinct edge. For example, the bustling downtown Rideau Centre and Sparks Street Mall offer unique 25 miles (40 km) of tree-lined parkway meander along the unspoiled shorelines of three major rivers (the Ottawa, Gatineau and Rideau). Organized travel, such as the sunset dinner tours on the Hull­Chelsea-Wakefield Steam Train are also popular ways to see the countryside. Of course, hikers can choose from a huge network of trails winding through cities, towns and countryside – or they can simply walk while golfing on one of the area’s 40 courses.

Ottawa has lots of hot tourism news for 2009 to excite visitors all year round. Here’s a taste of what’s in store:
• To commemorate the 100th birthday of famed celebrity photographer Yousuf Karsh (1908-2002), the Portrait Gallery of Canada and the Canada Science and Technology Museum are presenting a retrospective of his works in SUl11l11er 2009.

• Calypso Park, Canada’s largest waterpark, is projected to open in June 2009 in Lirnoges, about 20 minutes’ drive east of Ottawa.

• The Royal Philatelic Collection at the Canadian Postal Museum presents a selection of philatelic treasures owned by Queen Elizabeth IT and never before shown to the Canadian public. June 19, 2009-January 3, 2010.

• A 168-room Hilton Garden Inn and a Holiday Inn Express have opened near the Ottawa International Airport. The Westin Ottawa has completed an overall renewal, which included replacing all fixtures in all the rooms, adding meeting space and renovating the front entrance to the hotel and lobby. A new-concept restaurant is slated to open there in early 2009. Other hotels are under construction in Orleans, Bells Corners and Kanata .

• Ottawa is a five-hour drive northeast of Toronto, and two hours northwest of Montreal. Regularly scheduled one-hour flights from Toronto or Kiichener- Waterloo are easy alternatives. Additional information for visitors is posted at www.ottawatourism.ca.